Not Ready For My Close Up

Today I was back working in the prison and I had forgotten I was going to be filmed.
Last week we had an actor come into the prison to perform a series of monologues that my writing group had created.
When the filming was finished I was asked if I would present an introduction to the short film.
Not only had I forgotten this was being done.
I had also forgotten it was to be filmed after lunch.
And after I had been to the gym.
Although there is a staff shower in the prison gym, there is no hairdryer.
This meant a frizzy limp-haired mess.
Oh dear.

Walking the Anglesey Coastal Path or How NOT To Murder Your Husband!

In my last post my husband complained that my running replacement - hiking up hills - almost finished off him and his dicky ticker. So for... 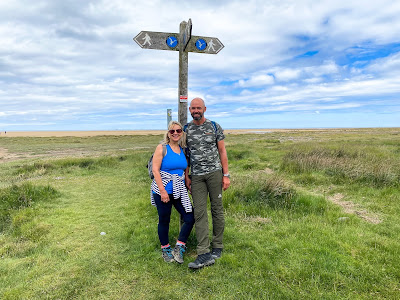