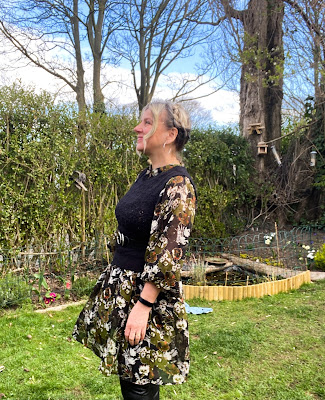 Plaits always remind me of Heidi.

Did you read the story Heidi as a child?

It was written by Swiss writer Johanna Spyri in 1881 about a little girl who grows up with her grandfather and her friendship with the goatherd Peter and the seemingly disabled Clara.

I had no idea when I was a child that the book was so old.

After the first novel was published a sequel, Heidi Grows Up was eventually published in 1938 by Spyri's French and English translator Charles Tritten.

I never read the sequel but the title of the sequel always comes to mind when I plait my hair. 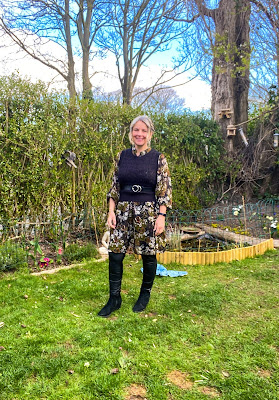 To be honest, I am bored with my hair and will try anything while I wait for my hair appointment on April 14th. The style seemed to create a boho vibe with this new to me Zara dress from ebay.

And as it's so cold, I wore the dress with leggings and a trusty tank top.

What a contrast to last week when it was my youngest son's 21st birthday and there were record breaking temperatures for March. 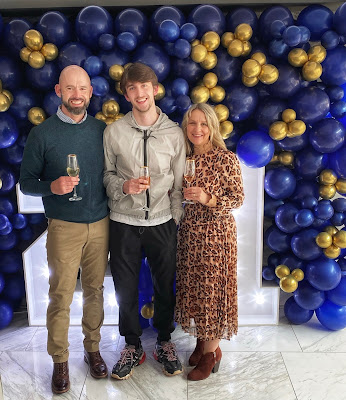 It wasn't the birthday he had envisaged but we did him proud.
How fast those 21 years have flown.
Still, I got the chance to wear the Karen Millen leopard dress I had originally bought for my nephew's wedding which was cancelled last December.
One day I will look back on all this lockdown nonsense and laugh - I hope!
Today I wore:
Boots - M & S
Dress - Zara from ebay
Tank Top - Oasis
Leggings - Dorothy Perkins 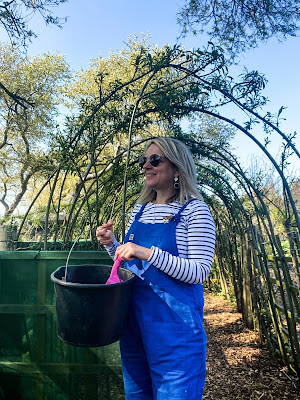